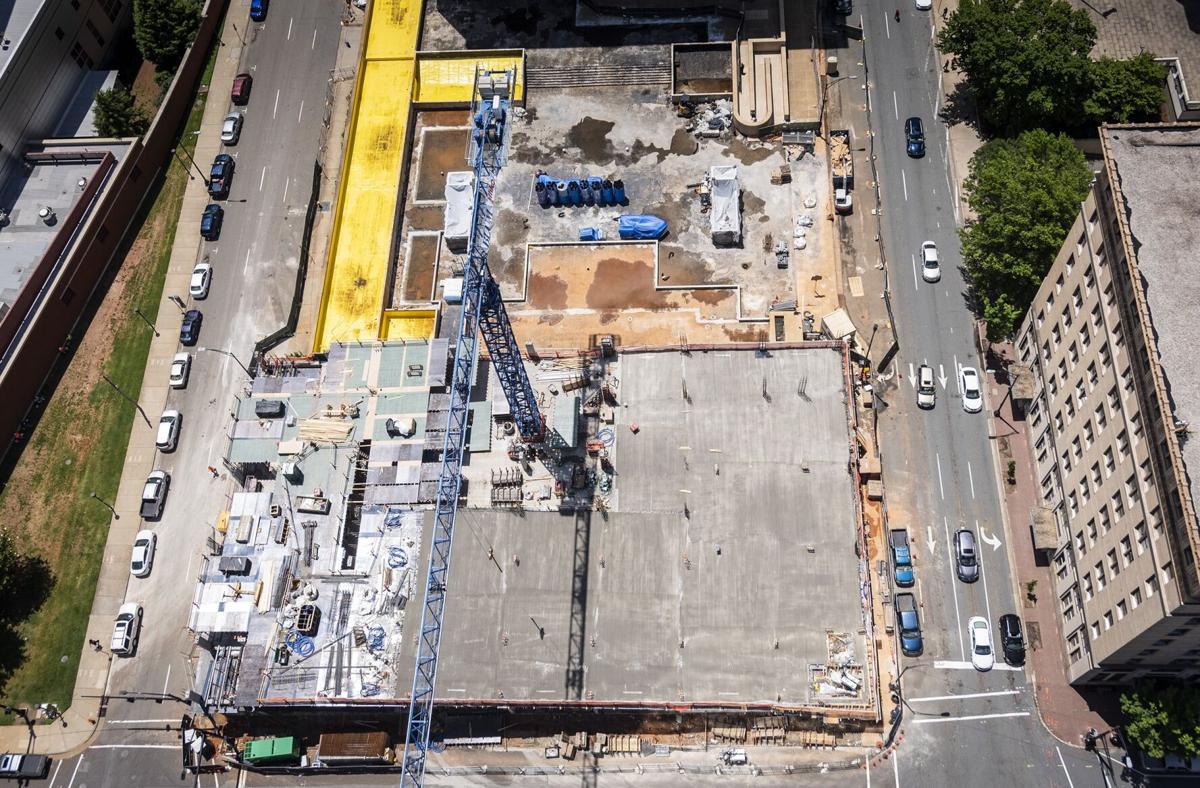 A parking deck under construction as seen from the observation deck on Winston Tower. 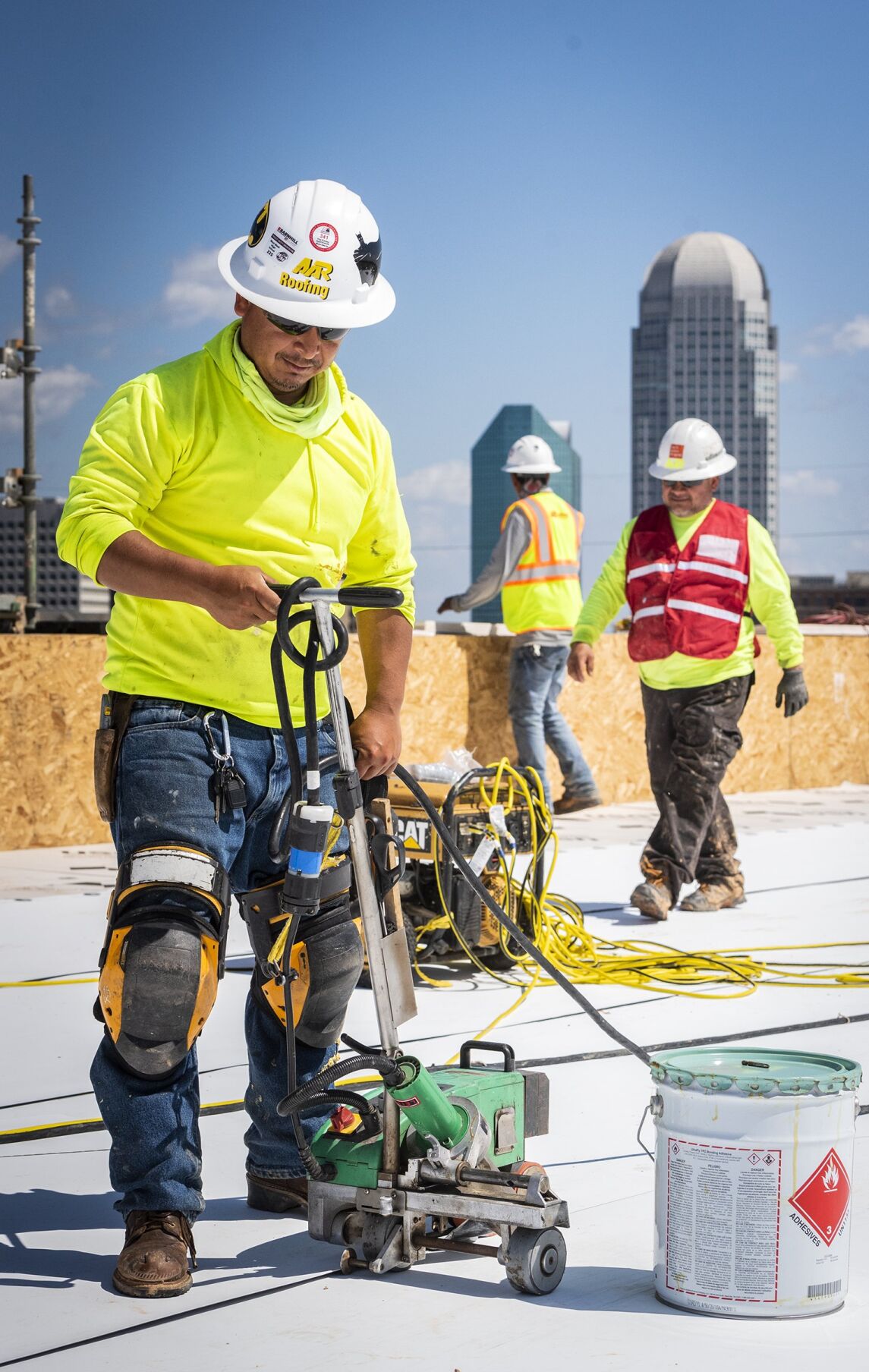 Construction workers at The Easley Apartments on March 26 in Winston-Salem. 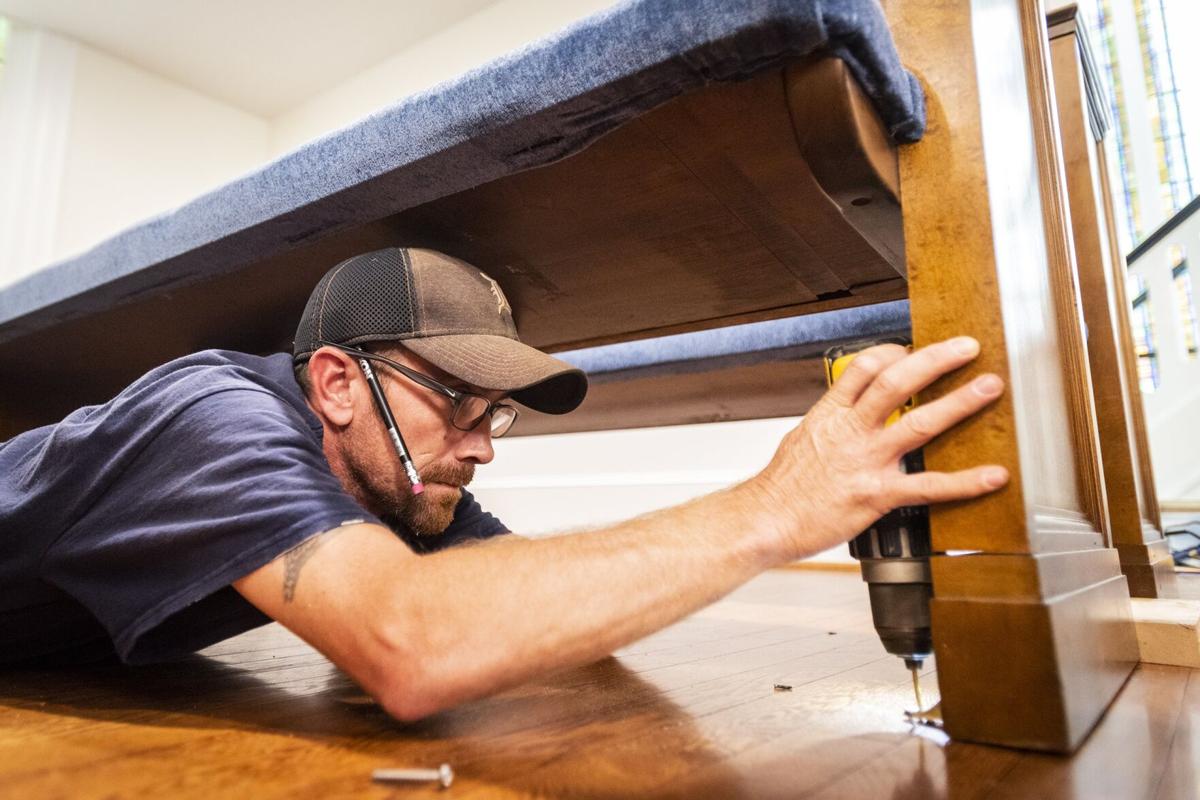 Billy Green secures a pew during restoration work at Kernersville Moravian Church in 2019. 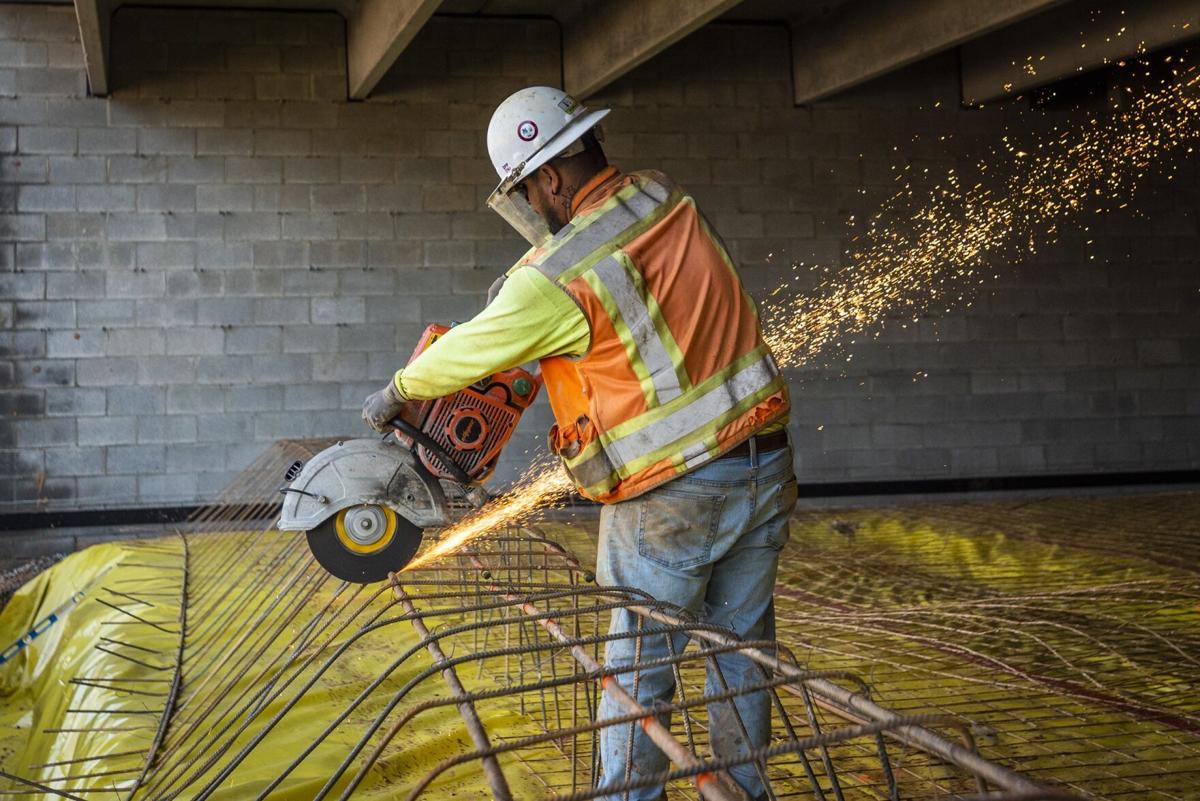 A construction worker cuts rebar at The Easley Apartments on March 26 in Winston-Salem.

Playtime, for all practical and planning purposes, comes skidding to a halt Monday with the arrival of Labor Day bookending the summer season.

A cookout, time by water — a pool, lake or even the mighty Yadkin River, perhaps — or one final push with the weed whacker, cordless trimmer and the mower might round out the holiday.

After all, how you spend (or waste) a day formally designated as a federal holiday in 1894 to honor the contributions and achievements of American workers — lip service, really, as in the late 19th Century, like now, the Congress actually paid very little attention to actual workers — is entirely up to you.

But seeing as how the whole thing was, in theory, set up to honor workers and their labors, we might as well spend a minute learning something about it.

Slow down in jobs added

A jobs report out Friday just starts to paint the outlines of the picture for American workers, and on its face, it’s not as rosy as had been hoped.

The U.S. economy added 235,000 jobs in August, which sounds a lot, but in a nation with some 164 million people in the workforce it represents a dramatic slowdown in hiring.

Economists and palm readers had expected a whole lot more on the hiring front, more of the same from June when 962,000 jobs were added and July, when 1.1 million jobs were added.

Read More: Working to get the mind around Labor Day statistics and data | Local News