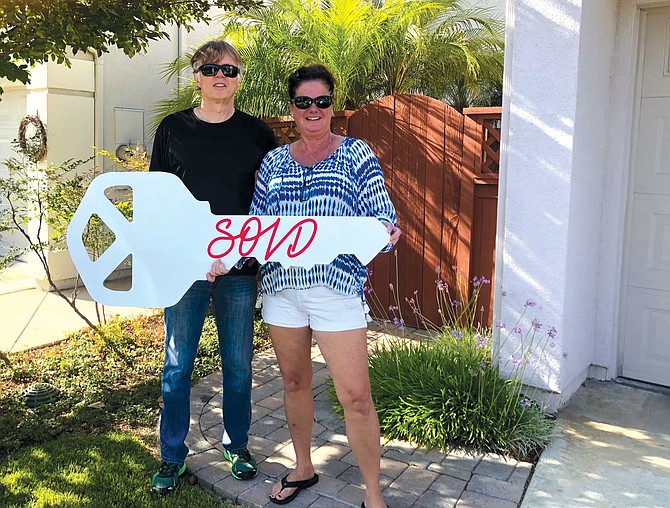 Over the last few months, “we have had a huge influx of Bay Area people moving down for the ‘lower’ prices,” says Devonee Alfrey, a realtor who focuses on North County. 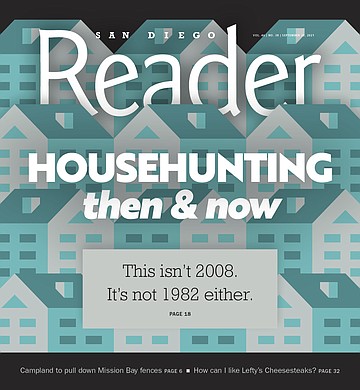 We’ve all heard about how home prices in San Diego have never been higher, and that demand is so great that homes for sale typically get multiple bids and wind up selling for more than the list price — in some cases, significantly more. What we haven’t heard much about is what’s triggering this boom.

Local realtors say one of the most significant factors is the arrival of home buyers from the San Francisco Bay Area and Silicon Valley, where the tech explosion years ago sent home prices skyrocketing. Covid-19 forced many businesses to send their workers home, while the Delta variant squashed what many had expected would be a mass return to the office. As a result, many tech firms — including Google, Twitter, and Facebook, all headquartered up north — now offer telecommuting as a regular option. Over the last few months, “we have had a huge influx of Bay Area people moving down for the ‘lower’ prices,” says Devonee Alfrey, a realtor who focuses on North County. With Covid-19 and remote working, she says, “being present in Silicon Valley is no longer necessary to do the job.”

The median sales price of a single-family home in San Diego County was $860,000 in July, according to the California Association of Realtors — compared to $1.3 million in the San Francisco Bay Area. The median sales price in the city of San Francisco was nearly $1.9 million and, in San Mateo, $2.1 million. Meanwhile, Zillow Research in mid-August reported that as of July, list prices of homes for sale in San Francisco over the last year have dropped 4.9 percent year over year, while the number of homes for sale has nearly doubled. 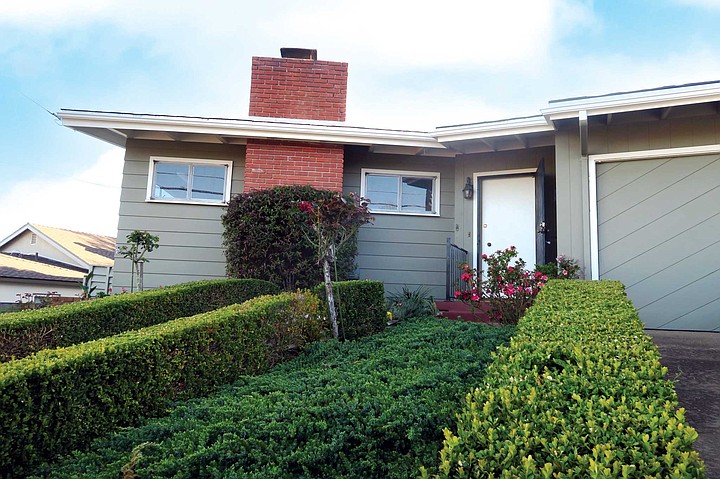 In 2008, my parents left me, their only child, a modest house in Point Loma that I fixed up and rented to a neighbor’s parents.

“The first two weekends of open houses in June, after we were allowed to have open houses again, I hosted two back-to-back weekends in Carlsbad,” said Alfrey, who ventured into real estate several years ago and sells six to eight homes a year. “I had at least 20 visitors each weekend, with 75 percent to 80 percent of them people who were relocating from the Bay Area. One couple shared that they are not returning to onsite offices and have the flexibility to work from home permanently. The cost of living and quality of life is so much better here in North San Diego. We can get a lot more for our money, too. In the Bay Area, traffic, the cost of living and the homeless situation has become an issue.”

Michael Wolf, who with his wife Jessica launched their own San Diego real estate firm in 2006, says, “The market is crazy. It’s the only way to say it.” And a big part of the reason, he said, “is this demand that’s coming from the Bay Area. It’s reverse sticker shock. What would sell up there would cost about two-thirds as much down here.”

Mike Fraijo is a veteran North County realtor whose wife runs the Carlsbad Danish Bakery in Carlsbad. He pops in every now and then for a cup of coffee and to lend a hand, and one morning struck up a conversation with a visiting pilot from Vallejo. “He said his son works for an IT company in San Francisco, and because he doesn’t have to go to the office anymore and he’s tired of the homeless along Van Ness, he and his wife just moved to Encinitas,” Fraijo says. “He’s working remotely — and he’s not alone. I think a lot of people are doing the same thing. People are even moving to Texas from the Bay Area.”

Phong Le is a 41-year-old product manager from San Jose who has been working in software for four years. He’s also a reserve Commander in the U.S. Navy. His wife Tram works for a leading tech company. Last April, given the chance to work remotely, the pair sold their home in San Jose and bought a bigger house in Carlsbad. “We’re both originally from Southern California, and we have a lot of family in Orange County,” Le says. “With the lockdown, it was a tough year and a half, since we don’t have any family up north. So with the ability to work remotely, it just made us reprioritize — and while we originally were going to move to Orange County, we spent a week down here and fell in love with the area. Plus, you get much better values down here. We were able to upgrade.”

Real estate’s been good to me.

I’ve always wanted to own my own home. When I was a little fellow, my German mother instilled in me the virtues of home ownership with an old German saying, “Schaffe Schaffe Häusle Baue,” which translates to “Work, work to build a house.” 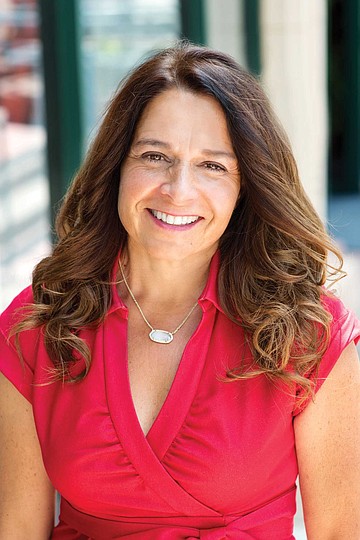 Kelly McLaughlin, who has been a realtor since 2005, says “There is historically low inventory. [The number of] homes for sale has declined 47.3 percent since last year.”

I bought my first home, a townhouse on the north end of Point Loma, in a rather crummy, under-the-flight path area known as Loma Alta, for $86,000 in 1982. I was twenty-four. It was one of six units in three buildings overlooking busy Nimitz Boulevard. I had been living in a musty old one-bedroom apartment just off Chatsworth and Voltaire that I shared with a giant cockroach, and I was looking for something newer, cleaner and bigger, with two bedrooms, so I could have an office for my burgeoning career as a freelance writer. The guy who built the development, on the site of his old family home, needed a certain percentage of owners to maintain his bank loan. He cut me what I thought was a good deal, with hardly any down payment. Still, I needed a partner to qualify, so an attorney friend who needed a write-off joined in. I would pay fair market rent and we’d split the balance on the loan, which had been taken out at some ungodly rate, something like sixteen percent.

According to the San Diego Housing Report, it takes 28 days, on average, to sell a home in San Diego County these days. For homes priced below $750,000, the expected market time is just 21 days. “Anything below 45 days indicates an insane, scorching hot housing market where buyers are tripping over themselves to be the first to see a home that just hit the market, multiple offers is the norm, and homes are selling above their list prices,” the report says.

“An example of [home price] increase in my own experience would be one of my most recent listings,” says Devonee Alfrey. “My clients lived in the home for two and one-half years and sold this July due to a job transfer. They made a 50 percent profit on the sale of their home! It is happening in condos, too. I have a condo listing in Oceanside and received seven offers, all above asking, within three days. The…