Independent Contractor rules are about to change – again

Independent contractor rules are about to change – again. It may seem like just yesterday that the U.S. Department of Labor (DOL) tried to update its classification regulations under the Fair Labor Standards Act (FLSA). Those rules would have made it simpler and more attractive for employers to use independent contractors. They were scheduled to go into effect on March 8, 2021 but the then-incoming Biden administration put on the brakes. Then a federal court stepped in, ordering the rules effective. Now the DOL has issued updated proposed rules that reverse the reversal. Here’s the lowdown for employers and what you’ll need to know as these rules remain up in the air.

Employers have two basic choices when it comes to getting work done — hire an employee or arrange for an independent contractor to do the work. Both approaches have their pros and cons.

Take taxes. Employers withhold income taxes from the pay due employees and send the money directly to the Internal Revenue Service (IRS) and other state and local taxing authorities. Independent contractors are responsible for their own tax payments. Plus, employers pay half of the federal Social Security taxes due from workers and send in the employee’s share. Independent contractors are supposed to remit the entire 15% themselves.

In addition, hiring employees represents a longer-term investment. Absent a business downturn, most organizations don’t expect to discharge employees. But sometimes it makes more sense to contract with an independent contractor. You may have a short-term project with an end date and can’t justify hiring an employee. Or, in times of uncertainty like today, the flexibility to ramp up and down as conditions change looks attractive. When the contract is up, there’s no further obligation or unemployment compensation to pay.

Generally, the less control you exert over the work being performed, the more likely the worker is properly classified as an independent contractor. But it’s not simple. And the consequences of getting it wrong are substantial.

If DOL audits you — or a disgruntled independent contractor sues you — the penalties may include payment for all hours worked plus overtime, doubled. Plus you will have to pay the employer’s share of the social security tax. Under the right circumstances, back pay and taxes can add up to hundreds of thousands of dollars or more.

Everything old is new again?

Currently, your organization can take advantage of the loosened classification rules that the Trump administration approved and a federal judge ordered put into effect. These rules use a five-factor “economic reality” test that focus on two of those five factors. Employers ask themselves what level of control they assert over the worker and whether the worker has an opportunity to operate at a gain or a loss.

Under this test, the less control you have over when and how the worker does the contracted job, the better. And the more you let the worker pick and buy his equipment and negotiate the contract price, the more likely he is in business for himself.

Before the Trump DOL’s new rules, employers had to survive a fact-intensive evaluation if challenged on classifying a worker as independent. The prior rule weighed six factors with no one factor more important than the others. That made litigation expensive, time-consuming, and often induced a settlement.

On October 11, the Biden DOL released proposed new rules. These essentially revert to the pre-Trump rules and use a “totality of the circumstances” approach.

The factors to consider include:

Interested parties can comment on the proposed rules until December 13, 2022. Those comments will take DOL months to review. Finalization, with any modifications, is likely to happen in Spring 2023.

What should employers do?

The likelihood that these rules will take effect sometime in 2023 increased after the mid-term federal elections. For one, the Senate remains in Democrat hands while Republicans have taken control over the House of Representatives by a slim majority. That makes it unlikely that the proposed regulations could be halted by Congress under the Congressional Review Act (CRA).

The CRA allows Congress to review any new regulation before its effective date. Congress can pass a joint resolution rejecting the rule. That’s unlikely with the current House/Senate split. Even if a joint resolution passes, President Biden could and likely would veto it. Congress could then only undo the regulations via the override process. That would require a 2/3 vote in both the Senate and the House — a highly unlikely event in a deeply divided Congress.

Employers should assume that sometime in early to mid-2023, they will have to review all their independent contractor contracts.

Here’s how to prepare: 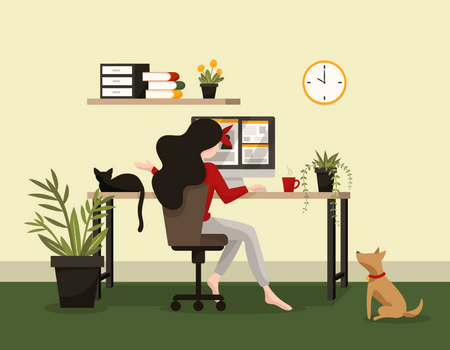 The DOL regulations aren’t the only rules that apply to independent contractor agreements. A growing number of states have moved to encourage employment status over contractor status. One popular approach is to use the so-called ABC method. The ABC test uses just three factors.

To be classified as an independent contractor, a worker must:

This approach means that you have to leave to the worker the details of the work. Crucially, the work performed can’t be the type of work your business commonly does. This severely limits the ability to expand your work capacity during boom times with independent contractors. If you are a construction company that builds houses, you could not use independent drywall, plumbing, or electrical contractors even if you needed temporary help to construct additional houses during a robust building season. You could, however, contract for accounting or legal services.

States that use the ABC test include California, New Jersey, Massachusetts, and West Virginia. Pennsylvania is considering adopting the same approach.

Getting independent contractor status right is incredibly hard. Make sure you have trusted counsel that can draft effective and legal contracts. Most crucially, make sure he or she will update you on any changes to laws and regulations in all states where you operate.

Innovation: Your solution for weathering uncertainty

Digital adoption in the Middle East